The Department of Labor and Employment (DOLE) XI continues to boost youth employment in Davao Region through the Department’s Government Internship Program (GIP), which aims to engage the youth into public service and eventually encourage them to pursue a career in either local or national government. One of the efforts of DOLE XI to persistently reinforce the realization of the program is through establishing partnerships with various government offices in the region.

On May 11, 2022, DOLE XI, represented by its Regional Director Atty. Randolf C. Pensoy, signed a Memorandum of Agreement (MOA) with the National Housing Authority (NHA) XI, represented by its Regional Manager Engr. Clemente A. Dayot, for the implementation of said program. As the partner agency, NHA XI shall be identifying the place of assignment of 39 youth beneficiaries who will be employed for the period of three (3) months to a maximum of six (6) months.

In a statement, RD Pensoy thanked the partner agencies, like NHA XI, and other stakeholders for their unceasing efforts and support that led to the successful execution of the Government Internship Program in Davao Region since the program started in 2012. “The agreement between DOLE XI and NHA XI is another significant activity under this program. It is always an honor to bring this kind of program to our community that will optimistically provide full, descent, and productive employment for the youth sector in Davao Region,” he added.

Other than NHA XI, DOLE XI has also forged partnership with the Department of Information and Communications Technology (DICT) XI and the Department of Agriculture (DA) XI on March and April of this year, respectively, for the implementation of GIP. Collectively, 52 youth beneficiaries have been deployed in the aforementioned government agencies since March.

Last year, DOLE XI was able to assist 6,854 youth in Davao Region through the Government Internship Program. By setting up partnerships with other agencies, the regional office aspires to assist more youth beneficiaries in 2022. Apart from GIP, the Department also offers Special Program for the Employment of Students (SPES) and JobStart Philippines that aim to enhance the employability of the youth. A total of 3,255 youth were assisted through these programs in 2021. 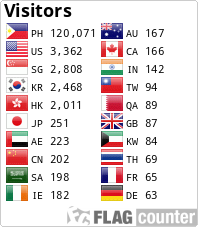 By using this System, you agree that the data/information submitted shall be used solely for DOLE XI report monitoring purposes. We may likewise disclose establishment’s or your personal information to the extent that we are required to do so by the Data Privacy Act of 2012. As a general rule, we may only keep your information until such time that we have attained the purpose by which we collect them. Under the foregoing circumstances and to the extent permissible by applicable law, you agree not to take any action against the DOLE  XI for the disclosure and retention of your information.